HTC U12 Plus: Finally, A Phone With See-Trough Back

In a time when every new unveileing presents an impressive spec sheet, manufacturers are challenged to come up with design choices that stand out from the mainstream.

Last year HTC introduced its flagship the HTC U11 Plus wrapped in a never-before-seen transluscent case. It was an undeniably unique piece of hardware that got tech enthusiasts' thrilled to bits giving a glimpse at the NFC, antenna and bits of circuit board. 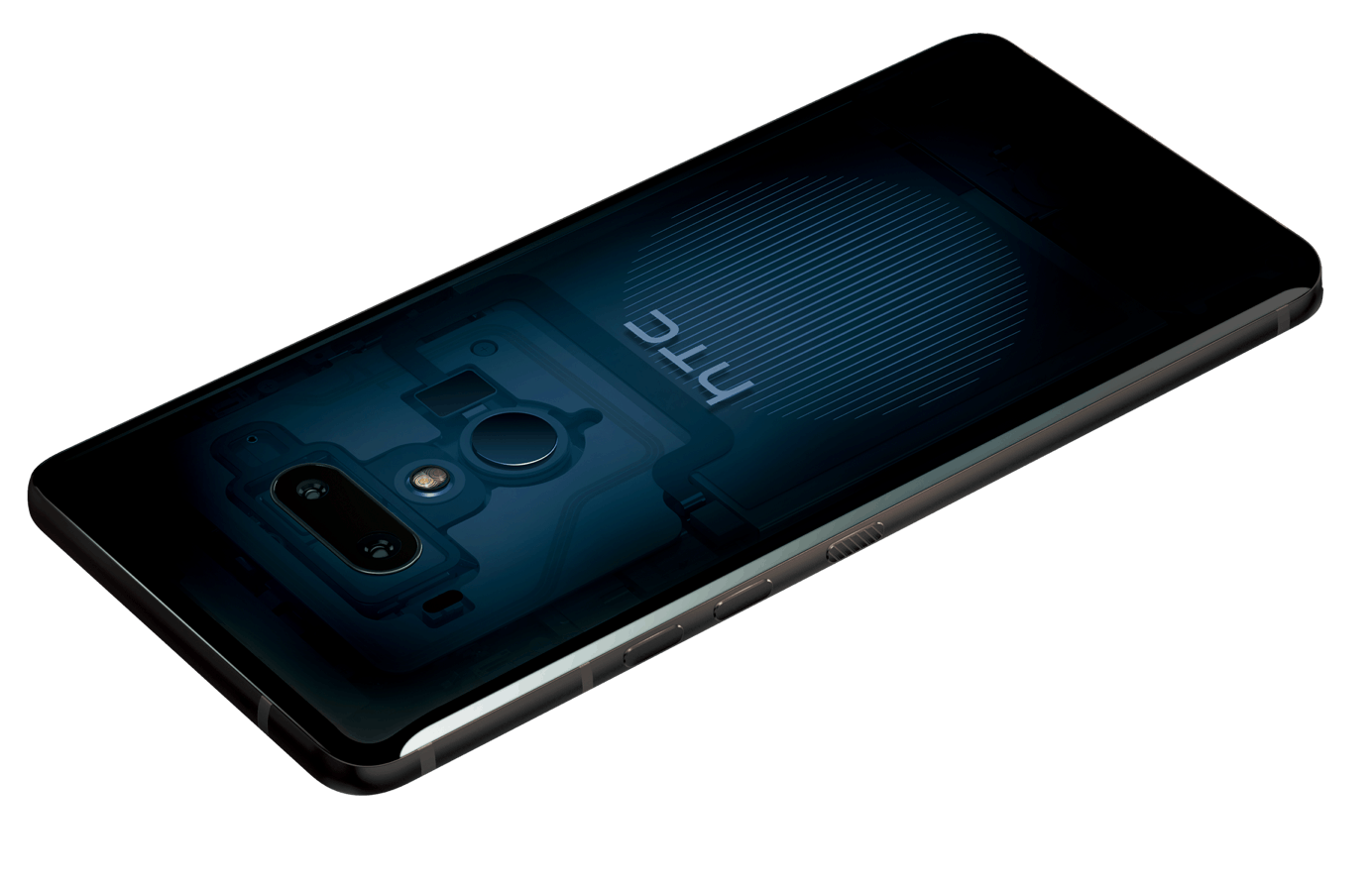 This year's upgrade from HTC features many attractive hardware components and the Translucent Blue colour lets you peek at the insides. But apart from this crafty design, what else does U12 Plus bring to the table?

We see the standard 18:9 ratio and Quad HD LCD display with 2280 x 1440 resolution. The screen size has been increased to 6-inches.

HTC didn't go for edge-to-edge display, but the top and bottom bezels got thinner, thanks to home button's repositioning to the back and feel just right for today's standards.

Reportedly, the screen looks vibrant and bright displaying rich colours and crisp icons. We think it makes up for an excellent smartphone screen.

The squeezable feature first seen on the U11 Plus made a comeback. It's a shortcut to launch the camera app or take a picture, quite gimmicky but a useful feature for one-handed operation.

The sides of the U12 Plus are touch-sensitive and give you an advantage of opening the Edge Launcher, something latest Galaxy phones have, and accessing selected apps that you use most often. For phone case lovers this might be a questionable functionality as the responsiveness of edges will depend how thick the applied case is.

The rear camera lens has got a companion and the set up features a 12 MP UltraPixel sensor with f/1.8 lens, OIS and Laser autofocus and a 16 MP lens capable of 2x optical zoom. The front camera sports two 8 MP sensors with face unlock capabilities.

The DxOMark have tested the U12 Plus camera performance and the device has taken second place right behind the triple-cam flaunting, Huawei P20 Pro.

Of course, a Snapdragon 845 is under the hood and the U12 Plus has 6GB of RAM with internal storage options of 64Gb and 128GB that can be expanded with a microSD card up to 2TB. HTC have announced that the device will launch with Android Oreo on board with further update to Android P. The device has been IP68 certified and is waterproof. 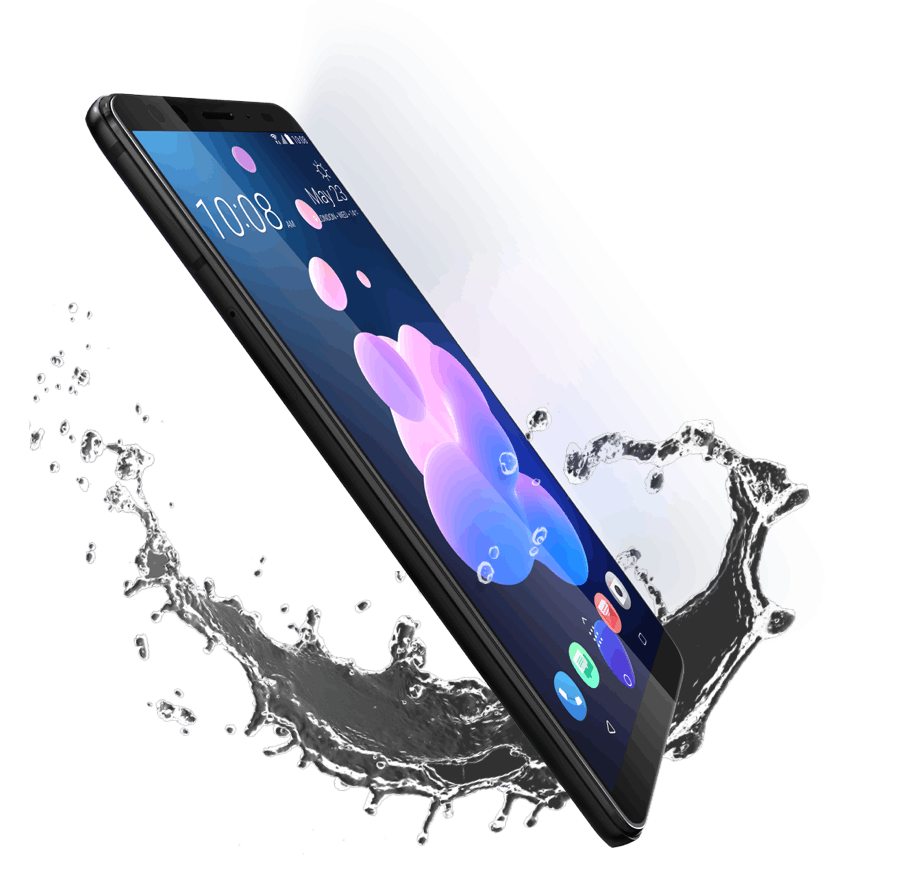 Fast charging is on the list of U12 Plus features and a Quick Charge 3.0 charger is included in the box. Reviewers say the phone is one of a few devices capable of Quick Charge 4.0, however the battery capacity has been reduced from 3,930 mAh on U11 Plus to 3,500 mAh.

Before you start weighing pros and cons, the U12 Plus delivers in classic HTC fashion high resolution audio with noise-cancelling headphones included in the box and stereo speakers.

Starting from May 23rd you can pre-order the HTC U12 Plus in Ceramic Black, Flame Red or Translucent Blue finishes SIM-free for £700 (64 GB version). 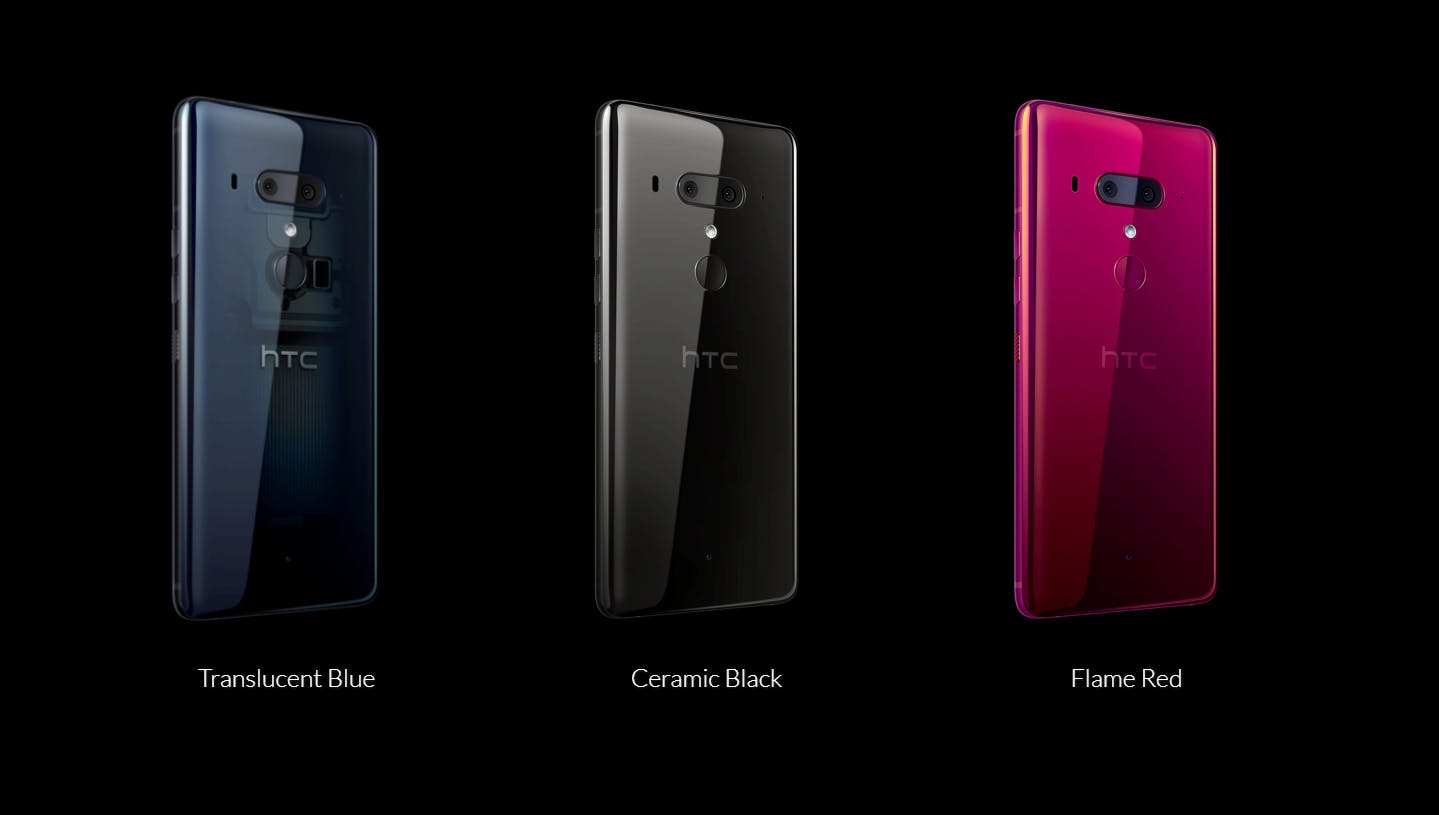 We really like the HTC U12 Plus on paper: design details, the form factor, battery could be bigger though. The U12 Plus is the first high-end device from HTC that we'd use ourselves since pretty much forever and that see-through back is just stunning to say the least.