Galaxy A8 is Samsung's thinnest phone

While the Samsung Galaxy A8 has so far only received a quiet Chinese launch there’s a good chance it’ll make it to Europe in the coming months and if it does anyone who wants a phone with many of the benefits of the Galaxy S6 but would rather pay a little less will need to keep an eye on this phone. On paper this is a very capable device but it can’t quite compete with the most powerful phones on the market but in terms of design and features it’s very nearly on par with the best. 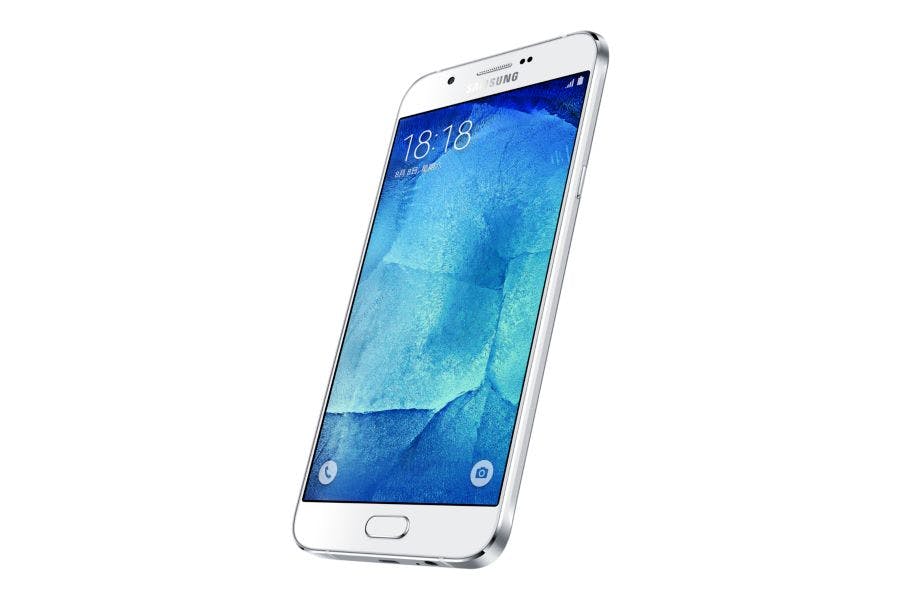 At a glance the A8 looks very similar to the S6 and even on closer inspection the differences are fairly minor which is no bad thing. The A8 is larger due to the 5.7-inch OLED screen which at 1080p isn’t at high resolution as the S6 but still on par with the slightly smaller screen of the iPhone 6 Plus. the A8 has an 8-core processor although it’s a Snapdragon 615 rather than the Exynos processor found in the S6 and there’s only 2GB of RAM rather than 3GB.

The rear-camera is still 16-megapixel and the front-facing camera is a wide-angle 5-megapixel sensor. A surprise addition is a 3,050mAh battery which is larger than that of the S6, especially impressive considering the S6 is 6.8mm thick compared to the super-thin 5.9mm A8. You also get some of the cooler features of the S6 such as the fingerprint sensor and hand-wave detection for taking selfies.

If the Chinese price is anything to go by this is at the top-end of mid-range handsets as far as price is concerned but then again in terms of features and design it’s one of the best mid-range phones out there. Hopefully the A8 will make its way to the UK as it’s a great phone even if it’s lacking the horsepower of a flagship device. The A8 could provide a few clues to the direction of the S7 and Galaxy Note 5, not overhauling the current design but making refinements where possible.