Sustainable Smartphone of the Year 2019 Awards 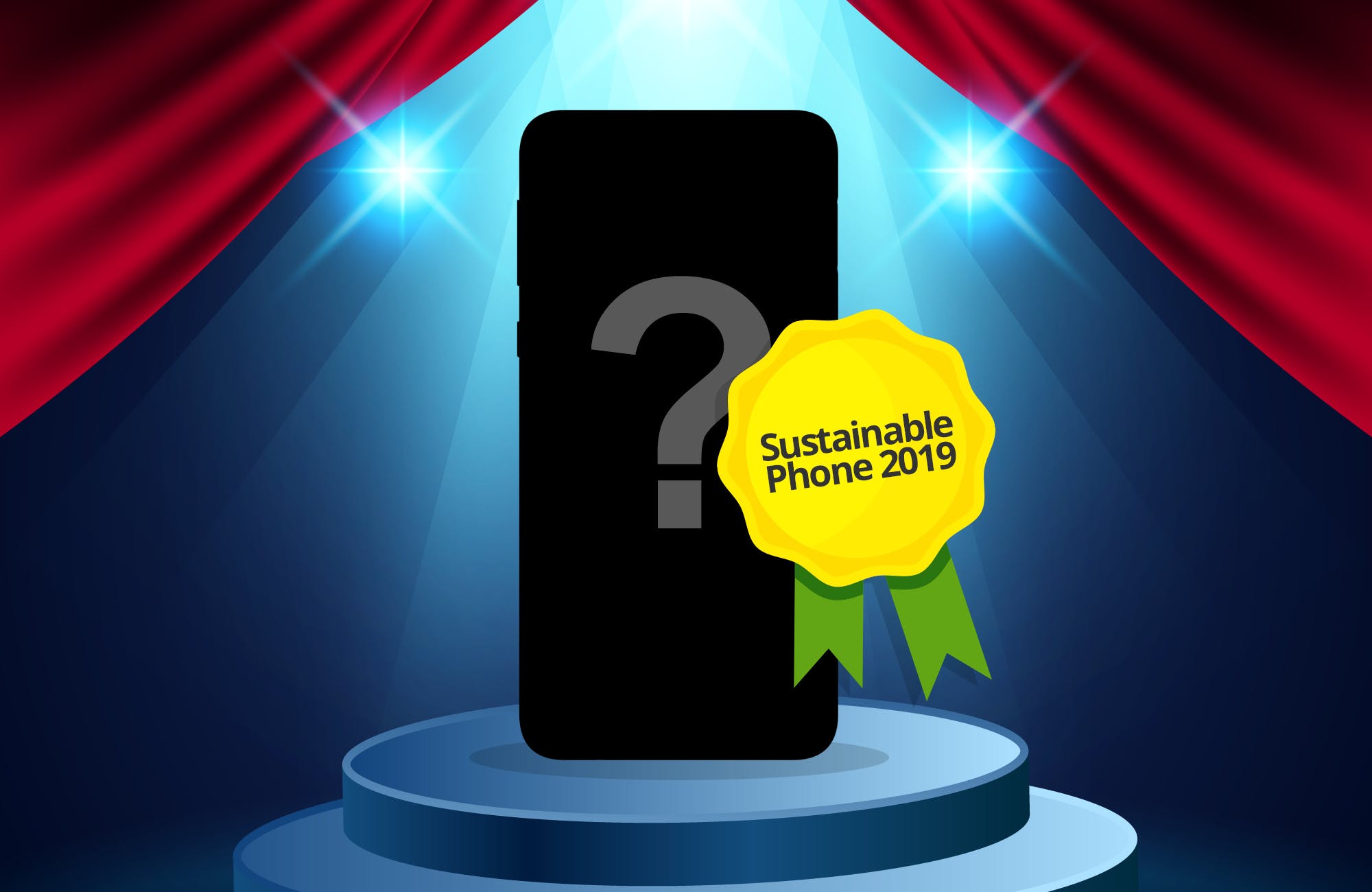 As 2019 is almost over, we are seeing all kinds of opinions and recognitions of the best smartphones that became available this year. The best of the best are being named in the most powerful, affordable and breakthrough categories which are encouraging consumers to buy bigger, beastier and better smartphones next year. However, phones should be getting better not only in terms of specs and sleeker designs. They shouldn’t be terrible for our planet and they should last longer than their predecessors.

Luckily, there are mobile phone manufacturers who are trying to offer handsets that are less detrimental to the environment and if you’re planning to eventually have your next phone in 2020 manufactured in a socially sustainable way from a transparent company, then these phones are definitely worth considering. It’s time to highlight these few ethically-minded newcomers to the smartphone market this year, as we think they deserve their own award category. So, who is our winner?

2019 was the year when the successor to the Fairphone 2 has arrived – the Fairphone 3, the first upgrade in 4 years from the Dutch social enterprise. Maintaining its ethos, Fairphone have once again achieved something that Samsung and Apple are preferring to prioritise profits over – a conflict-free smartphone with a planet-first approach. This year, Fairphone decided to upgrade the specifications, so the Fairphone 3 doesn’t look bad at all on paper. 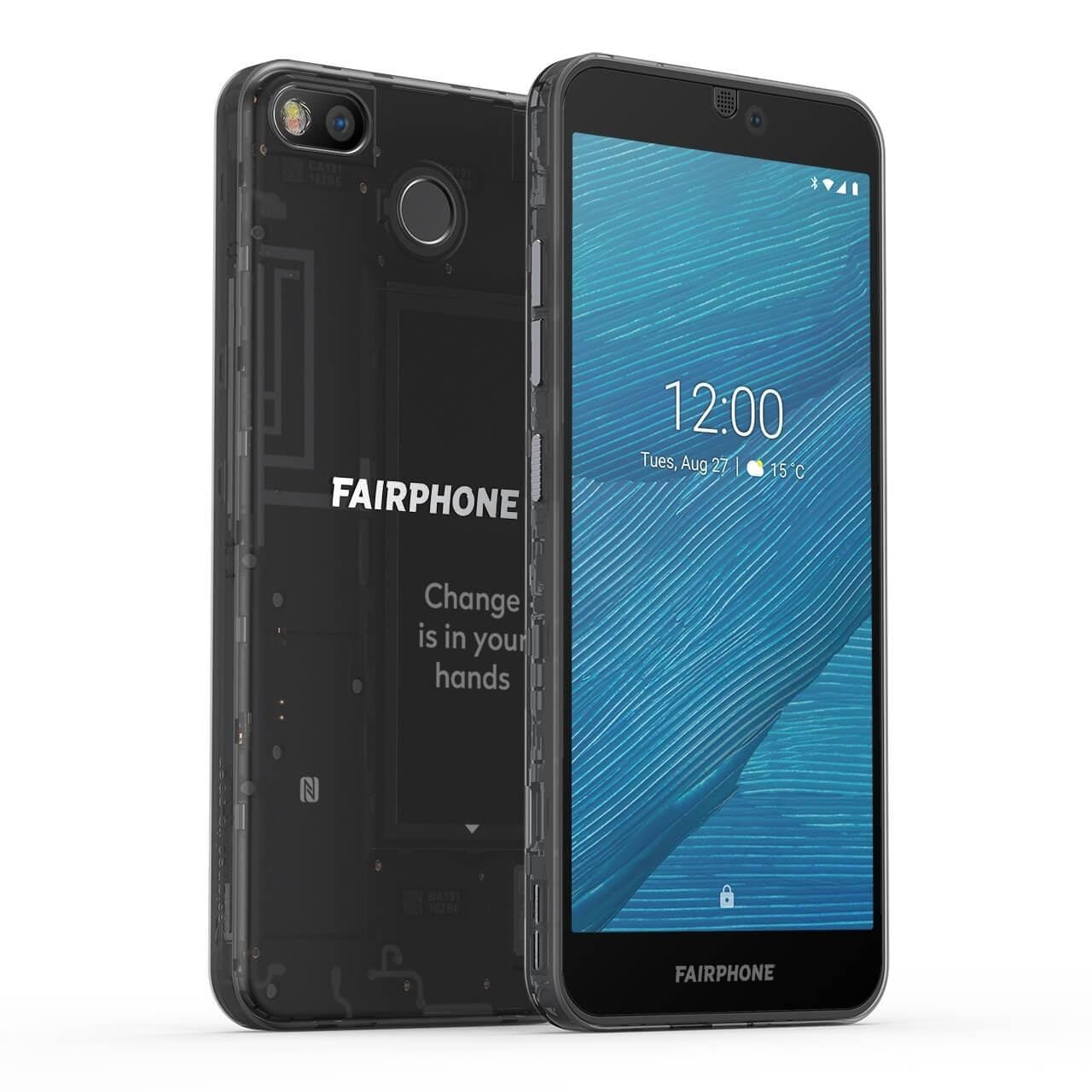 Fairphone’s third-generation device has delivered on the display and battery life, but isn't without its pitfalls- with an ageing bezelled design and missing key features such as a depth camera with optical image stabilisation.

Fairphone 3 also runs on Android 9 and comes with a 2-year warranty and a mini screwdriver in the box, so you can upgrade it with replaceable modules such as display, camera or battery yourself. Fairphone 3 is a reflection of the values of someone who is caring for the planet and wants a better future for technology without sacrificing the Earth. It’s not the best phone in terms of specifications in 2019/2020, but it’s the phone with the best of the world under the hood.

There’s another company that is like-minded and focuses on making phones that are less harmful to the environment – German manufacturer Shift. They only recently ended up on our radar and they are making a name for themselves in the sustainable smartphone space.

Despite it being a fully modular device (consisting of 13 modules), the Shift 6mq sounds impressive on paper and might give Fairphone 3 a run for its money. 6 inches FullHD + AMOLED display? Check. Qualcomm® Snapdragon 845 with 8GB of RAM and expandable 128GB internal storage. Check. Removable 3,850 mAh battery, dual 16MP + 24MP rear camera consisting of Sony and Samsung image sensors with 4K video recording? Check and check. And yes, the 3.5 mm jack is also there. Made of recyclable polycarbonate and coltan-free, the Shift 6mq will run Android 10 and it features camera sensors that many other flagships have such as the OnePlus 6T. 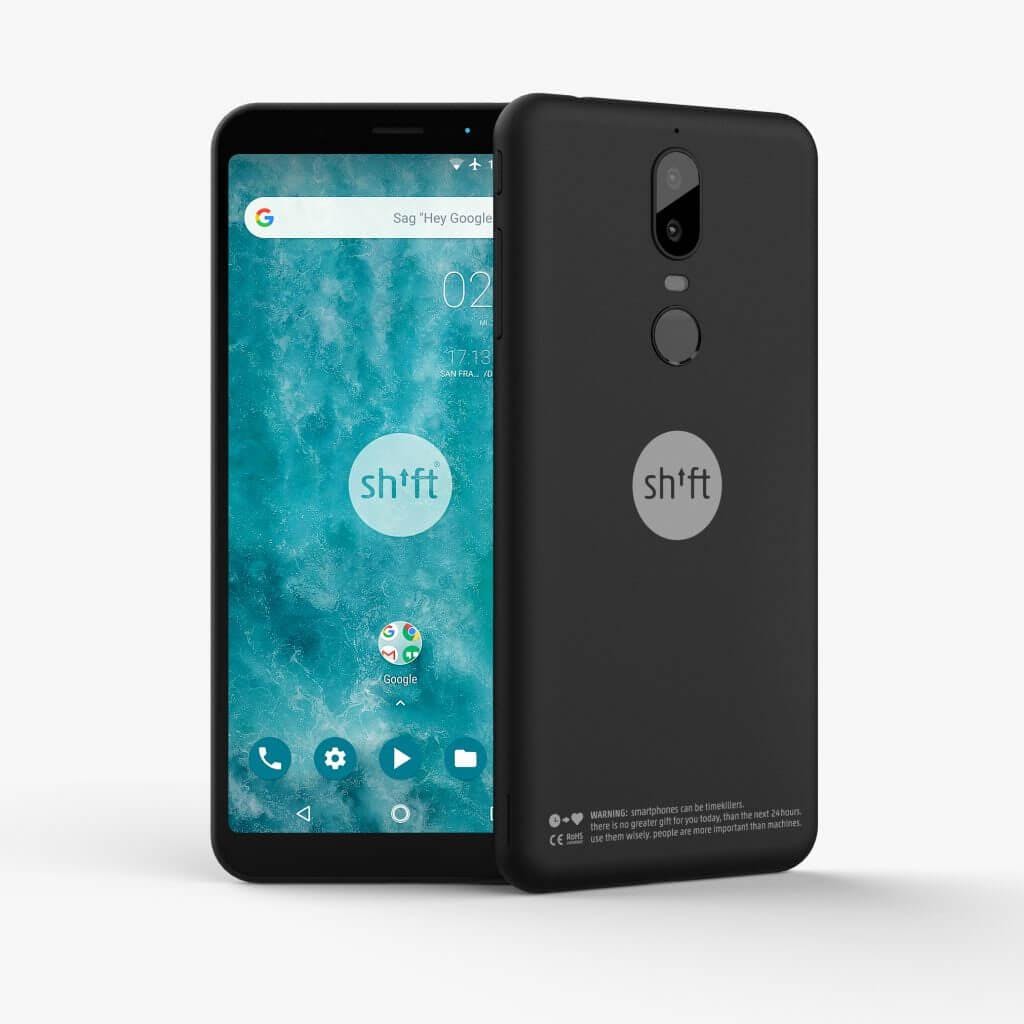 You may be wondering why Shift 6mq isn’t our winner this year, and the answer to this is that while Shift have more options available and more product lines than Fairphone, their flagship phone Shift 6mq launching in Q1 2020 isn't official, so we can’t crown it yet, however pre-orders are already available.

If you've just learned about how bad phones are for the environment and their tremendous footprint, and you’re thinking to get rid of your ‘dirty’ phone and order a Fairphone or Shift device, don’t. Let us explain.

The phone you’ve got is already a more sustainable option than buying a new phone, so our second runner-up is the phone you currently own. You will probably agree that it’s not ethical to part with a perfectly working phone and get a greener option just for the sake of it. Extend your current phone’s lifespan for as long as you can before it completely gives up. Just by continuing to use your phone for 4 years instead of 18 months, you can decrease its environmental impact by up to 40%.

These awards wouldn’t be complete without us mentioning refurbished phones. Any smartphone can be refurbished to quality standards if it isn’t beyond repair and resold further. You can find familiar brands among certified refurbished phones like OnePlus, Huawei, Apple and Samsung if you're a bit sceptical of jumping ship to buy a Shift phone or Fairphone.

Renewed smartphones are gaining popularity and every year more and more people choose a new phone for themselves from a refurbished range. The benefits are not only environmental, but also financial as refurbished smartphones have lower price tags than brand new phones. Picking a refurbished iPhone or Samsung phone not only extends the useful life of that particular device, but also reduces its carbon footprint as there was no need to extract raw materials to ‘produce’ it.

Seeing more ethically sourced smartphones on the market without the performance being compromised makes us happy, and tech giants like Apple and Samsung could take an example from Fairphone or Shift to launch a sustainable product line. Who knows, perhaps a sustainable phone will one day become mainstream.