It was only a few years ago everybody had to have a BlackBerry, BlackBerry Messenger was hugely popular and the full QWERTY keyboard was better for texting than even the latest touchscreen devices. Even as the iPhone began to take off BlackBerry still had a loyal following but as iPhone, Windows Phone and Android gained popularity BlackBerry fell behind and now even most business users have dropped BlackBerry too. In an effort to put themselves back on the map BlackBerry have decided to jump on board the Android bandwagon and the newly leaked device codenamed ‘Venice’ appears to the be the first Android device from BlackBerry. 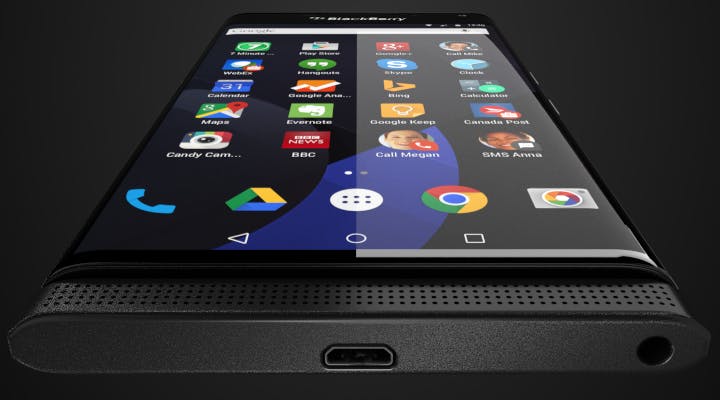 The Venice appears to have a a curved display similar to the Samsung Galaxy S6 Edge and although it’s hard to see exactly what the phone looks like it could potentially be a bit of a looker. BlackBerry showed off a similar looking device in March at MWC15 which had a slide-out keyboard, although it isn’t clear if the Venice has such a feature but if it did then BlackBerry would have something to set it apart against the huge range of Android phones already on the market.

Recent BlackBerry devices have been attractive and while BB10 OS is a great piece of software leaving behind Android or iOS is a big ask of many users so switching to Android could be what BlackBerry need to do if they want people to start using their phones again. The Venice is rumored to be a high-end device and will not be the only phone to come from BlackBerry. If reports are true then the BlackBerry Venice may feature a 5.4-inch 2560×1440 display with a 16-megapixel rear camera, 5-megapixel front-facing camera and a hexa-core Qualcomm Snapdragon 808 processor.

Whether or not customers can be tempted back to BlackBerry remains to be seen but the stock Android icons seen in this leak make us hopeful that they may offer a piece of great hardware coupled with a close to stock Android experience, something that’s not always easy to come by if you don’t want a Nexus device.