Apple Pay coming to the UK in July

While contactless payments using your bank card are becoming commonplace using your mobile phone to pay in a shop has been frustrating slow to get off the ground. Android phones with NFC technology have been around a good few years but the lack of a well supported payment system meant paying with your mobile never really got anywhere. Like many of their other innovations Apple took this existing idea and brought it to the masses with their Apple Pay system for iPhones last year.

Well they did in the US at least, in the UK we’ve just been hoping that Apple Pay would one day make it to these shores. Good news has arrived though asApple announced at WWDC 2015 that we’ll be getting Apple Pay in the UK next month and it sounds like support for the payment service will be quite strong from launch. Santander, Lloyds, Halifax, Natwest and HSBC are all supporting Apple Pay although Barclays is the big name missing from that list. 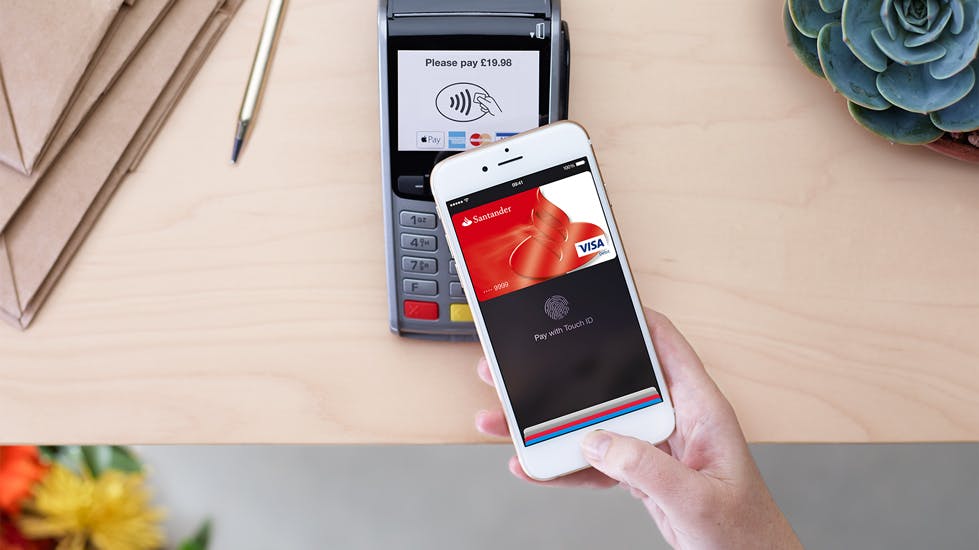 You’ll be able to use Apple Pay in 250,000 locations such as McDonald’s, KFC, Boots, Costa, Subway, Nando’s (if you fancy a cheeky one), the Post Office and many more. More retailers will be on board than there were for the US launch and Transport for London has confirmed Apple Pay will work on London buses and the Tube. This news follows the announcement of Android Pay, Google’s attempt at an Apple Pay alternative for Android although with no US date yet announced a UK launch could be some way off.

You’ll only be able to use Apple Pay in stores with an iPhone 6, iPhone 6 Plus, or Apple Watch so maybe now is the time to sell your old iPhone and upgrade, have a look at our Sell My iPhone page to find a price.