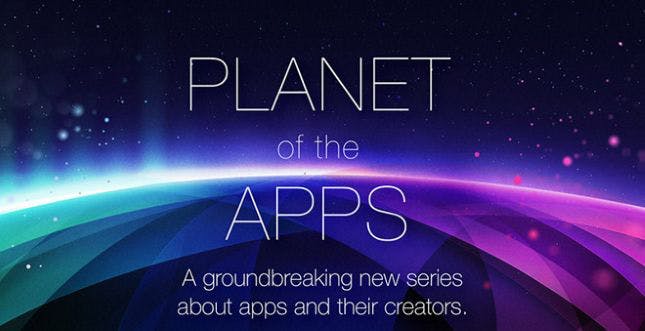 Apple has long shunned big technology events – from CES to MWC. This has historically been about Apple and its Jobsian ideology of ‘think differently’. Yet, this 90’s ideology is seeing Apple pay a price in terms of collaborative engagement and industry cohesiveness. The fact the biggest technology company remains in the periphery of leading industry events should worry Apple fans and industry neutral analysts alike.

This year saw Apple apply for space in the App World Pavilion before pulling out. Was this an attempt to showcase the best and the brightest of the Apple AppStore or a cynical marketing ploy to generate free advertising through debate and opinion in column inches? However, the current mobile landscape has seen iPhone sales declines and general market uncertainty over the direction of Apple Inc. as a trend-setting leviathan.

What does this mean and is it important?

Trade shows are not technically public events. Apple has long preferred the direct public engagement garnered through their own bespoke launch events. Steve Jobs infamously argued that Apple launch events were a way of touching consumers souls. Hyperbole aside, the Apple marketing machine has incredible reach and agility. The fact they have booked space at Mobile World Congress and then rowed back is telling in many ways.

The company has incredible indirect power. This creates a dominating presence – in fact Apple’s no-show becomes the elephant in the conference hall. Its own success means it still dominates through non-attendance. This is bizarre as the company is nowhere to be found on the exhibitor plans. Yet, its reach is everywhere. The apps, wearable tech and other IoT innovations will be showcased and targeted at Apple devices and users.

Some argue that this about Apple being ahead of the competition and that trade shows – like Mobile World Congress – allows the competition to catch up. Yet, this highfalutin position fails to articulate the point that Apple utilises its non-attendance in the deployment of marketing. They may not be there, but their marketing team will send invites and other key announcements during the event – some could argue to take attention away from the innovation inside the MWC exhibition hall?

What is crucial to understand is that Apple picks and chooses when to attend and when not to attend key events. The last time they rocked up to the Mobile World Congress was 2009. This was when iPhone was taking off and dominating the world smartphone marketplace. Today is a different smartphone environment whereby Android accounts for nearly 75% of handsets. Exhibitors, Apple and MWC need to be careful they don’t over represent the Apple minority at the cost of the Android majority? What is required is collaborative exhibitions that bring together an entire industry to help further standardisation and collaboration. Apple has for too long used these events to help further their own external marketing. Mobile World Congress should stand back and allow the megaphone to befall on the hundreds of exhibitors who, like Apple, also deserve the chance of growing and diversifying in a more competitive marketplace – this will help both the industry and consumers alike.