Streaming rather than owning is becoming more and more popular with services such as Spotify for music and Netflix for TV and movies replacing album and DVD purchases. It makes sense too, for not much more than the price of a single album you can access a massive library of music as much as you like using a service such as Spotify. With data allowances growing and 4G becoming available  streaming has got a lot more practical on the move and especially on mobile devices over the last couple of years. 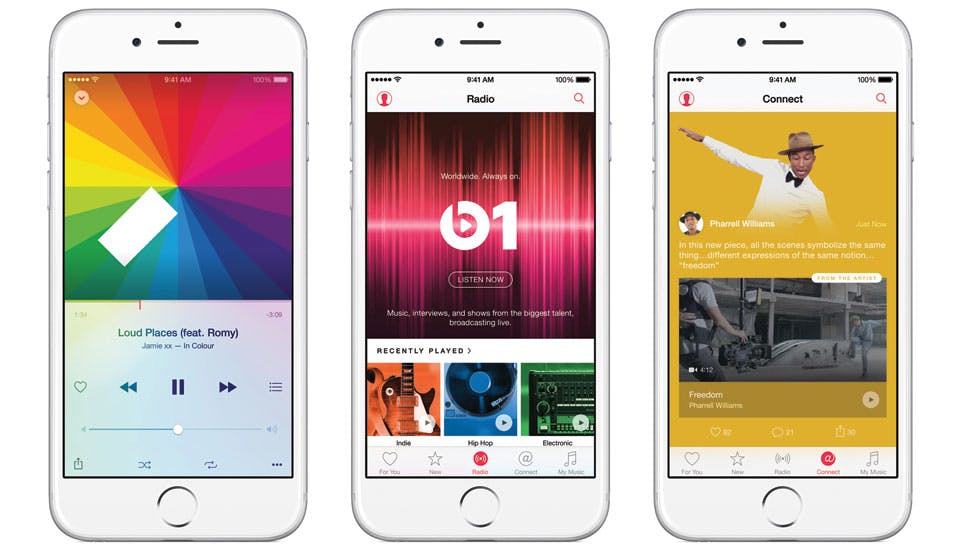 Apple’s attempt to get involved is officially called Apple Music arrives at the end of the month and will cost $9.99 in the US or $14.99 for a family membership which allows up to six people access. In terms of streaming and saving for offline listening Apple Music is similar to Spotify but they claim their recommendations and radio services will change how to find new music. A feature called Connect will allow artists to post exclusive content, photos and more allowing them to get involved with their audience.

One of the most interesting things about Apple Music is that it will be available for Android and Windows devices too. Like with iTunes before it Apple realise that limiting themselves to only Apple devices massively reduces the amount of people they can sell music to and so they’ll be releasing an Android app for Apple Music. The new service will almost certainly appeal to Apple users who don’t already use a subscription based service to listen to their music but it remains to be seen is Apple can tempt Spotify users to make the switch.