Yesterday evening Apple showed the latest iPhone to the world for the first time and while their slogan “The only thing that’s changed is everything” perhaps exaggerates how much of an upgrade the 6s is there’s no doubt the latest iPhone will no disappoint.  As we’ve come to expect with ‘s’ models of iPhones the 6s is very much a tweaked iPhone 6 but since that was already a fantastic device that’s not necessarily a bad thing and the big new feature ‘3D Touch’ could prove to be a very significant addition which will change the experience of using an iPhone considerably.

Visually the iPhone 6s looks just like the iPhone 6 which isn’t a problem since it already looked great. While it looks the same the materials are not, stronger aluminium has been used to reduce the chance of your iPhone bending and the screen uses the stronger glass of any phone on the market so a smashed display is less likely too. The silver, space grey and gold options are joined by ‘rose gold’ which is a pleasant shade of pink, quite possibly soon to be the most popular iPhone colour for females.

The 6s has the same 4.7″ 1334×750 display while the 6s Plus retains a 5.5″ 1920×1080 screen but they both have a great new feature, 3D Touch. Not only will your touchscreen know where you are pressing it but now it knows how hard you’re pressing to which may eventually change the way you use your iPhone. The demonstrations Apple showed include pressing hard on an email to see a preview of it and the harder press was also shown to display options for icons on your home screen, previously all you could do was a long press which then allowed you to either move or delete the app. 3D Touch will also be great for games and while it may take a while for developers to see the possibilities there is a lot of potential for this new feature.

Unsurprisingly the new iPhone is faster than ever before, the A9 chip has a 70% faster CPU ad 90% faster GPU, few would complain about the iPhone 6 being slow but no one will complain about it getting even faster. Touch ID is also quicker than ever which is especially useful with Apple Pay starting to catch on. Another big improvement is the camera, the new 12MP sensor will take fantastic photos and now does 4K video too. The front-facing iSight camera hasn’t been forgotten either with an upgrade to 5MP meaning selfies will look better than ever. A new feature called live photos also means that when you take a still image a short video is automatically recorded to allow you to relive that moment. 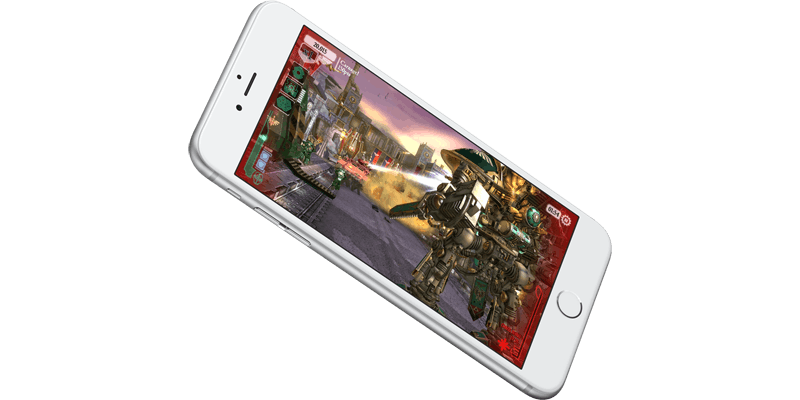 So while the iPhone 6s and 6s Plus aren’t a huge step forward there’s a new colour option, everything is faster, the camera is better, and it knows how hard you’re pressing the screen. With the design of the iPhone 6 already being so good it’s difficult to complain about the lack of visual changes and on the inside this is a much better phone and many a sure to upgrade. To find out how much your old iPhone is worth take a look at our selling your iPhone page.